A downloadable game for Windows, macOS, Linux, and Android

**Currently the only way to preorder the game is through itch.io. You will still receive the digital soundtrack for free, just like kickstarter backers!

You do not need to play the first demo to understand this one. Made in preparation for PAX West 2019, the second demo is intended to be a much shorter play through than the first demo, and showcases scattered snippets of events beyond the first demo. Go on a museum sorta-date, bake cookies, woo a cat, and offer to be a blood bag because at least that way you won't be alone.

Make sure to unzip the .zip files and extract them before trying to run the game! For Mac, if you're having trouble running it, try dragging the executable directly into Terminal.) While there is an Android version provided by request, it's not indicative of a final product and may have glitches and heavy memory cost, and we recommend a computer version to play instead. If you have any tech problems or feedback, comment below or email us at olivinearc@gmail.com ♡

Halloween is the perfect time to have fun, dress up, and not notice anything odd about the fangs in a hot stranger's mouth. And honestly?  Diana is here for all of that. Unsatisfied with her social, romantic, and academic life, she figures she can at least solve the first two at the party she's been invited to.

Instead, she ends up breaking her heels, making bad puns, taking cute photos, playing matchmaker, and fighting for attention from the obligatory party cat throughout the night before everything goes horribly, horribly wrong. Because, well. Something has to give besides the heels.

Softly, With Teeth as a whole is a coming-of-age romance visual novel that combines vampires with Faustian lore and an urban fantasy aesthetic, and explores the aftermath of someone's life once even the most significant of changes settle into routine. People always desire more than what they have, after all, but what lengths will they go to to achieve it?

For all demos, all assets including art, music, and choreography may (and have) change at a later time. A list of known bugs is here.

This game is about vampires. Demo includes drinking, innuendo, blood and violence (vampire bite), discussion of non-consent relating to vampire bite, occasional situations where protagonist is distinctly and rightfully uncomfortable, but also a consensual bite too.

In order to download this game you must purchase it at or above the minimum price of $20 USD. You will get access to the following files when they are released:

At least take the page down

If this has been canceled like backers are saying, why does it still say pre-order for $20.00 :/

per their latest kickstarter update, the game is officially canceled. if you're a backer you can view the post here (https://www.kickstarter.com/projects/483356923/softly-with-teeth-a-vampire-otome...) it seems life had many challenges for everybody involved (understandable) and it just became too expensive to continue.

Could you, or any other backer that still lurks here, perhaps copy-paste what the update says? The post is only available for backers, but if the project is indeed cancelled, maybe it would be better to post it in the comments to warn potential itch.io customers.

The title of that update is “[…] Upcoming Updates/Content + Continuing” so it sounds more like the project is still alive and kicking.

And with an “official” cancellation statement like that, maybe this project can be reported to itch.io and taken down so no more people will be scammed. (although this sadly isn’t the first nor will it be the last game here that’s forever up and keeps taking “pre-orders” even though the devs have long moved on or vanished…)

"Hi everyone, long time no see! I apologize for the delayed update. It seemed that once things settled down, new events to consider have popped up. For example, Vacu used to live in Kiev, but has otherwise currently relocated. I didn’t want to give backers news when I wasn’t sure of the situation myself. Things have mostly settled now, both with Vacu and beyond.

It’s been a long several years, full of wonderful things. However, the game must be canceled.

Is the game really canceled?

Spent on assets and the redoing of said assets. Programming had to be redone multiple times due to programmers coming and going, some choices made due to some NDA related affairs, the music OST is completely done, the art assets (sprites, CGs, backgrounds) that were completed were paid for, old script that isn’t really usable was still compensated for, etc. There was also a bit of obligatory budget bloat that I tried to pay out of pocket for.

Will I still get my money back, though?

You’ll still be refunded your pledge, it just can’t be accomplished immediately because the money was, again, spent on assets. Since some pledges can’t go through due to the length of time the project has gone on, please instead fill out this google form by June 4th. Refunds won’t be issued by the time the form closes, but it’ll be useful in figuring out the best strategy to get you your money the fastest. It will take a lot of time to get the money accumulated - likely several years, but I'm hoping only 1. In order to help speed this along, I’ll be delaying my school degree and focusing on work.

The situation simply became infeasible due to poor leadership. Everyone else was fantastic at their work, both quality and time wise. The cost of the game has also become particularly volatile since merchandise wasn’t planned to be made until the game was finished, and now both production & shipping costs have skyrocketed to the point that the bundles sold at the prices they were are now impractical to a significant degree.

I continue to work so I can repay backers."

Hopefully, any interested people here on itch.io will see this first before sinking their money into it.

is there any news on the game? last twitter update was a year ago...

Will the game be availabe on steam?

Man, I'm really hyped for this.

I’m really sorry to bother you with this. Especially since you warn against it. But I really have no choice because this is all I have.

Do you have any recommendations on what to use to access the Android versions? Like an app or something to “unzip” them.

I’m sorry again! And thank you if you have the time to help me! I’m really looking forward to hopefully playing both of your demos though!

The first demo(2018) works on joiplay if that's what you want.

Super late response, but you could unzip with Zarchiver or the Files apps by Google.

Hi, I'm obsessed with everything in this demo and have been checking in for any updates for a while now, however it looks like this information is only available to kickstarter backers. I follow you on twitter, but is there anyway to stay up to date on how things are going/ your future plans?

Hi there! Thank you so much for liking the game!! We recommend subscribing to the Softly, with Teeth updates channel on the dev's Discord! That way when something does happen, you'll be pinged even if you're not a kickstarter backer!

I can't open the demo on mac

We're really sorry about that! The demo can have trouble with different Mac updates, even when ran properly through the terminal. We've been working on a solution and continue to do so, so hopefully you'll be able to play soon! Thank you very much for your support! :D

Eeeeh, I think i can put it in my "dead project" collection...

You shouldn't! :) We just keep updates to the kickstarter backers, we had an update last week.

So happy to hear this! Thanks for the heads up ^^

i can't figure out how to run the 2018 demo on mac, any tips/clearer instructions?

Any news on this game ?

So excited for this game; I keep checking to see if there's any news - where can we find updates on the game?

Such a lovely demo can't wait for more! <3

the art is pretty but the mc is... very basic.

Absolutely loved the demo, beautiful artwork and colors. When is the full game being realesed?

Thank you! We're aiming for late-summer or fall next year!

Ah thank you I absolutely love your demo and plan on buying the full game.Hope you have a great day/night. 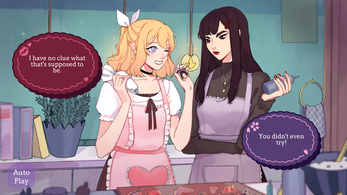 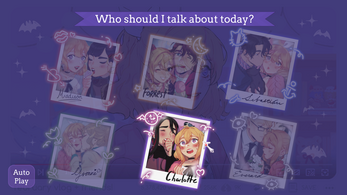 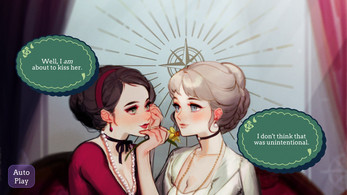 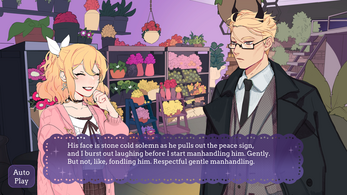 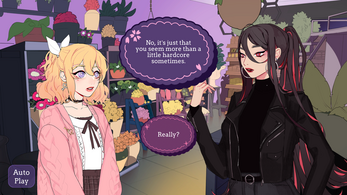